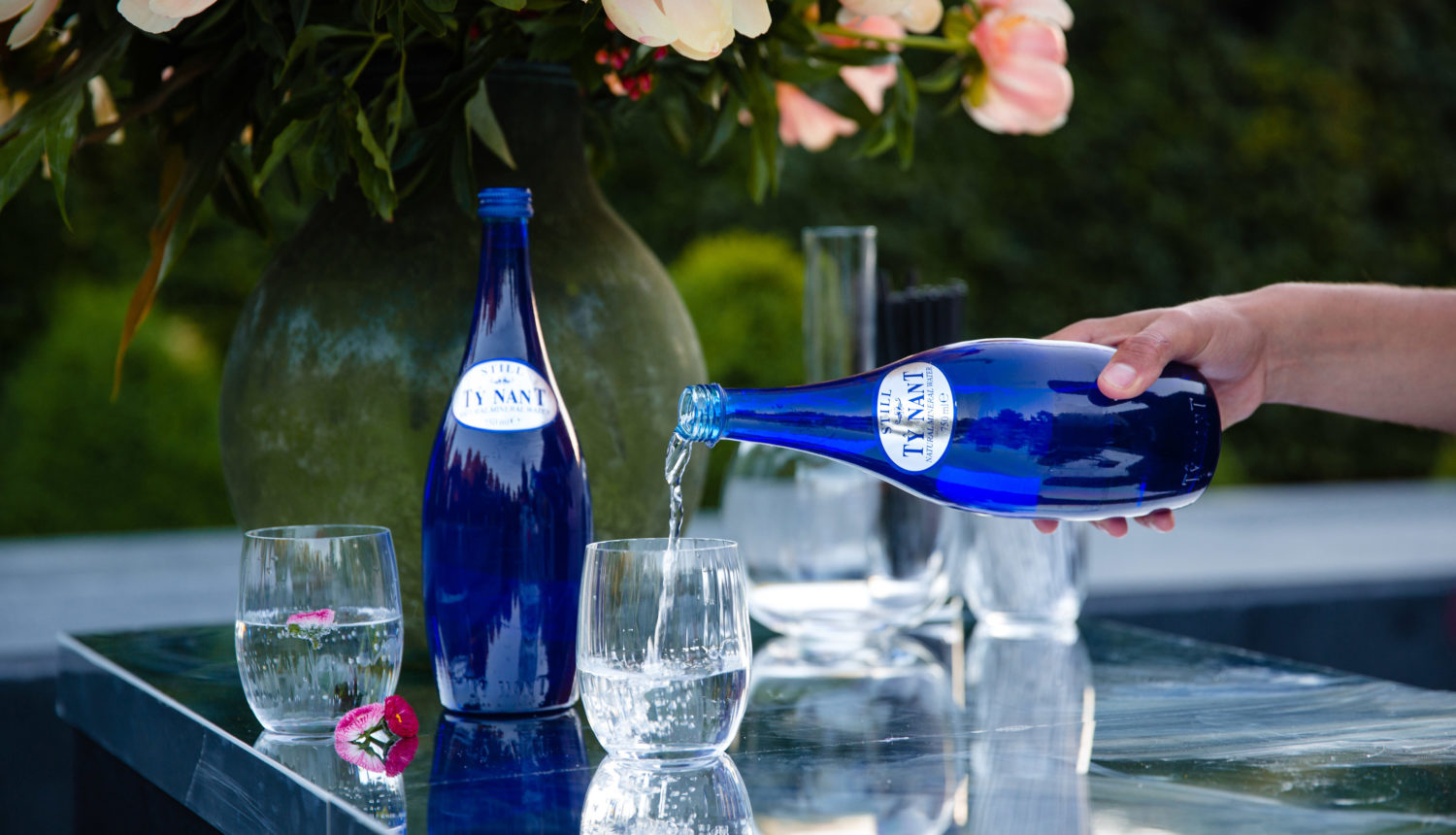 Tŷ Nant has recently been hanging out with the stars at Elton
John’s AIDS Foundation fundraising event.

Tŷ Nant natural mineral water is a proud supporter of the Elton John AIDS Foundation (EJAF), having supplied the spectacular fundraising events for over a decade with its cobalt blue and crimson red glass bottles. Bottled at source in West Wales and drawn from organic land, Tŷ Nant, an iconic premium brand, enjoys relationships with fashion designers, food-and-drink events, and charities, including the ongoing support of the The Pink Ribbon Foundation.

The latest EJAF event, called Club Love, took place in Wembley Park, London, with more than 450 guests, including Ellie Goulding, Pixie Geldof and Darcey Bussell. The memorable evening, themed on a modern cabaret club, raised more than £1 million for the foundation’s cause.

Long-time EJAF supporter Graham Norton was Master of Ceremonies for the evening. The event included musician Sam Smith, playing his latest tracks, and the Belvedere (RED) After Party was opened by an impressive reveal of a fairground, with Anne-Marie singing Rock-a-Bye, followed by Me & Mr Jones Sophie Ellis-Bextor and Richard Jones taking guests to the dance floor with DJ sets into the early hours.

The evening was a huge success for the foundation, with the night raising funds for LGBT+ people in Africa and Eastern Europe that are persecuted, stigmatised and prevented from easily accessing HIV treatment. Sotheby’s Lord Harry Dalmeny, auctioned a number of key lots, including a one-of-a-kind 18-carat white gold and diamond Bvlgari Divas’ Dream necklace, modelled by Ellie Goulding, raising £50,000.

Club Love was an enchanting and colourful black-tie dinner, which was a perfect setting for Tŷ Nant’s premium red and blue bottles, allowing them to stand out during the evening with both naturally still, and a lightly sparkling variant – with small delicate bubbles contributing to the exquisite menu.

Club Love was an enchanting and colourful black-tie dinner, which was a perfect setting for Tŷ Nant’s premium red and blue bottles.

A spokesperson for EJAF said: “Our events are meticulously planned, from themes to venue location, and our water offering is no exception. We have worked with Tŷ Nant for more than a decade, and our ongoing relationship ensures Tŷ Nant is our water of choice for foundation events. The water is perfectly balanced, and of the highest quality, while the packaging speaks for itself.

“You know Tŷ Nant is being served when the red and blue bottles make an appearance. Previous foundation events have allowed us to raise millions to fund those affected by HIV and AIDS in Europe, Africa, Asia and India, changing the lives of millions of people in need.”